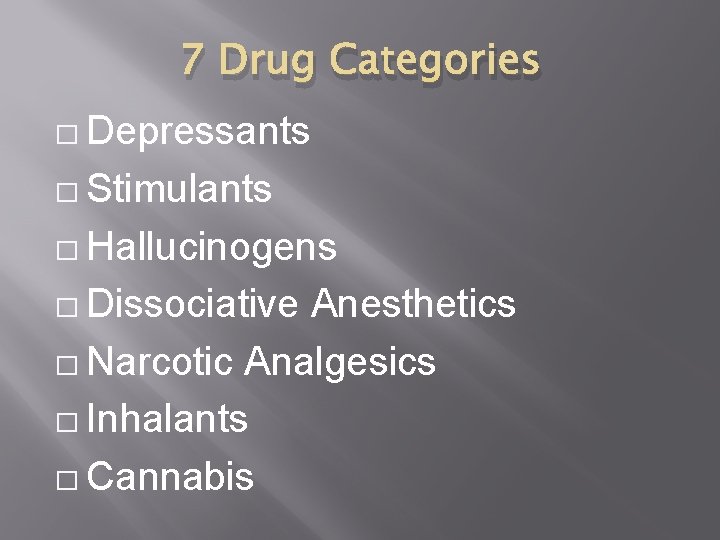 Opioid abuse is a major problem in America today. In fact, opioid use disorder is now considered an epidemic. As of 2017, there are nearly 2 million people living with addiction to prescription painkillers alone. And according to the Centers for Disease Control and Prevention, about 130 Americans die every day due to drug overdoses. This includes both accidental deaths and those caused by intentional misuse.

In addition to the growing number of overdose deaths, there are millions of people suffering with chronic pain disorders like fibromyalgia, arthritis, and migraines that require long-term treatment with opioids/opiates. Unfortunately, many patients become addicted to the medication prescribed to treat their conditions.

Stimulants take the central nerve system (CNS) and gives it a jolt. This jolt speeds up the CNS, causing the body to experience sudden change such as higher energy level, heightened feeling of alertness, better concentration, and increased breathing, heart rates, and blood pressure.

Some examples of stimulants include cocaine, methamphetamine, and ephedrine. These substances can come in both prescription and illegal forms. They can be used as medicine, recreational drug, or performance enhancer.

Depressants are drugs that slow down the central nervous system. They work by affecting the brain and spinal cord. These effects can make you feel relaxed and calm. Some depressants even cause drowsiness.

The human brain is unique among animals in how it processes information. In fact, we have a hardwired ability to connect the dots between our thoughts, emotions, and actions. Our brains are wired to feel pain, to remember things, to think about things, and to make decisions based on those thoughts and memories.

The brain creates a connection between glutamate and receptors when it feels something painful, emotional, or cognitive. When the link forms, the brain is able—in theory—to understand what is really happening in our environment. If there is no link, however, the brain cannot know whether it is safe to act on a thought or emotion.

This is why people sometimes experience hallucinations, dulled perceptions, or distortions of reality. These effects occur when certain drugs called dissociatives disrupt the link between glutamate and the receptor sites.

Hallucinogenic drugs are substances that cause hallucinations. They work by affecting parts of the brain that control sensory perceptions. These chemicals can produce vivid images, sounds, smells, tastes, and feelings. Some people consider hallucinogens to be mind altering, while others use them recreationally. Commonly used hallucinogen types include psilocybin, DMT, LSD, mescaline, peyote, and ayahuasca.

The most common form of anabolic steroid use is to take it orally. This type of steroid is called “anabolic,” meaning it builds up tissue. There are many different kinds of oral steroids, including:

Inhaling drugs is becoming increasingly popular among teens and young adults. A recent survey found that nearly one out of every 10 high school students report having tried some type of inhalant drug.

The most common types are whipped cream cans, aerosol sprays and glue. These substances are often mixed together and sprayed into the nose or mouth. They produce a feeling similar to being drunk without actually causing intoxication.