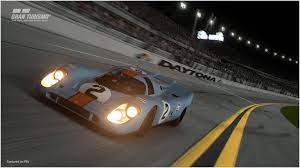 Gran Turismo 7’s successful launch hasn’t exactly been without its fair share of issues, most of which stem from the game’s monetization and how its player base has responded. When the game’s in-game online store went live, it listed prices for vehicles significantly higher than those still found in Gran Turismo Sport on the PS4, while a recent update also included those for several lowered the in-game currency rewards awarded in races, further slowing down progress and pushing players to spend real money.

There have been many deserved criticisms of the game’s monetization over the past few days, and finally the game’s developers have officially addressed the issue. In a recent update, Polyphony Digital director and chief executive Kazunori Yamauchi responded to concerns surrounding microtransactions.

After explaining that the prices of the cars in the game reflect the prices in the real world and that the developer lowered the payout for event rewards to encourage players not to play the same races over and over again, he went on to say, that while the developer has plans for upcoming tweaks, additions, and changes to respond to player feedback, no details can be revealed at the moment – so stay tuned, you know.

“In GT7 I want users to enjoy lots of cars and races even without microtransactions,” Yamauchi wrote. “At the same time, the pricing of cars is an important element that conveys their value and rarity, so I think it’s important that they are linked to real world prices. I want to make GT7 a game where you can enjoy a variety of cars in many different ways and try if possible to avoid a situation where a player has to mechanically repeat certain events over and over again.

“We will inform you in time about the update plans for additional content, additional racing events and additional features that will solve this constructively,” he continued. “It pains me that I can’t explain the details about it at the moment, but we plan to continue the overhaul of GT7 so that as many players as possible can enjoy the game. We would be very happy if everyone could watch the growth of Gran Turismo 7 in a little longer term.”

Recently, Polyphony Digital discovered an issue in the game that forced them to shut down servers. After being offline and unplayable for over 24 hours, Gran Turismo 7 has now brought its servers back online.

The spirit of humanity is something else. Our lives are so ephemeral, so fragile in the grand scheme of the universe, and yet we spend them in undertakings that, at first glance, appear utterly frivolous. Take this intrepid The Legend of Zelda: Breath of the Wild player, /u/DornyFox, who – whether through a flash of inspiration or sheer boredom – decided to take on the task of bringing all four Beedles in the game (they are counted as separate NPCs) in one place to form the Beedles. It required a lot of patience, boredom and pressure. It took ten hours. But by God, they did it.

Each Beedle on the map exists as a separate NPC. So I brought 4 Beedles together to form a band! from Breath_of_The_Wild

Why did they do this? Why do people climb mountains? crossing horizons? To make art? It is in the nature of our way of life to find the seemingly insignificant and give value to it. This accomplishment may seem simple and ridiculous to you, but to me it represents the pinnacle of humanity—our ingenuity, our virtue, our unabashed ability to invest hours and hours and hours of work into a silly pun. I find it inspiring. May we all find this spirit within ourselves.