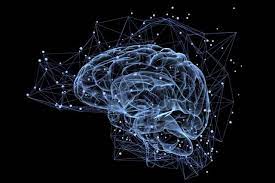 How an AI brain with just one neuron could outperform humans 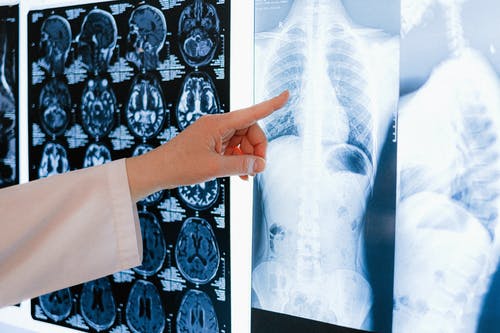 A research team from the Technical University of Berlin recently created a neural network that could one day even eclipse human brain power.

Our brain is made up of approximately 86 billion neurons. Together they form one of the most advanced organic neural networks that exist in the world. Since the development of artificial intelligence systems, scientists have tried to use cutting-edge technology to build multi-layered neural networks designed to bring together as many neurons as possible in as small a space as possible.

However, such systems also require enormous amounts of electricity to get them up and running. A multidisciplinary team of researchers from the Technical University of Berlin wondered whether bigger always means better – and came up with the idea of ​​developing a neural network that only uses a single neuron.

Typically, a network requires more than one component. In this case, however, the individual neuron can network with itself by propagating over time instead of space. In a conventional neural network, each neuron is weighted differently. The result is that different neurons generate more parameters, and more parameters give better results. However, the research team found that this function can also be performed by a single neuron by weighting the same neuron differently over time. The Technical University of Berlin’s press release states: “This would be comparable to a single guest simulating the conversation at a large dining table by quickly changing seats and speaking each part.”

More on the subject

What does this mean for AI? According to the researchers, this could counteract the rising energy costs of developing strong networks. But the real question is whether a single neuron stuck in a time loop can produce the same results as billions of neurons. First tests show that the system can achieve good results. It was able to remove manually added noise from images of clothing to produce an accurate image – something that’s considered quite advanced for modern AI. It is conceivable that such a system could surpass the human brain and become the most powerful neural network in the world – with a single neuron.

A single brain scan instead of dozens of examinations: How AI should detect dementia in the future

So far, it can take weeks for doctors to be able to diagnose dementia. An AI from the University of Cambridge should be able to do this in the future with a brain scan. tests are running.

AI should be able to detect dementia very early

The AI, so it is hoped after initial tests, can use the results of a brain scan to recognize patterns that the human eye cannot see. The system then compares the patterns with the brain scans of thousands of people with dementia in a database in order to be able to make a corresponding diagnosis. The preclinical tests suggest that the AI ​​can detect signs of dementia in people’s brains years before possible symptoms develop, the BBC writes.

The AI ​​is now to be tested as part of a clinical study. The tests are conducted at the University of Cambridge’s teaching hospital (Addenbrooke’s Hospital) and at several memory clinics across the UK. According to the researchers, around 500 patients will take part in the first year.

Copy & Paste: Researchers want to copy the human brain onto a microchip

Mimicking the human brain – together with Samsung, Harvard scientists are now pursuing an unusual approach. Copy & paste plays an important role in this.

The development of artificial intelligence has made considerable progress over time, but it is nowhere near as good as the human brain. This may be due to its complexity – but maybe it’s just the wrong approach. Researchers from the USA are now trying it the other way around.

How does the brain get on the microchip? Copy & Paste!

To put it simply, scientists from Samsung and Harvard University want to copy the human brain to a storage network – classic copy & paste, so to speak. They want to copy the brain’s neural network using a novel nano-electrode array and thus record the electrical impulses of the neurons. The network extracted in this way should then be quickly copied to a storage network.

The researchers are hoping for “possibly” integrated silicon circuits that approach the computing power of the brain – including low energy requirements, high learning and adaptability and even autonomy and cognition.

They are also convinced that with their approach they are pursuing the original goal of neuromorphic computing, which is explicitly about reproducing the neural structure of the brain. More recently, many AI projects have tried to mimic intelligent behavior using algorithms and design chips that are “inspired” by nature. The research team from Samsung and Harvard now propose to use reverse engineering to get back to the original goal.

Artificial intelligences have many talents

Scientists, but also companies, have high hopes for artificial intelligence. In addition to projects that are of a rather jolly nature – AI beer, – whiskey or – baking recipes -, the main focus is on a great benefit for mankind.

The biotech startup Cortical Labs has succeeded in constructing mini brains from human nerve cells and connecting them to a computer system. The brain cells learned to play Pong faster than an AI.

Scientists around the world have been researching the development of networks of neurons for some time. Now the biotech startup Cortical Labs could have made a breakthrough. Because for the first time such a system made of cultivated human brain cells is said to have fulfilled specific tasks.

more on the subject

As the science magazine Newscientist reports, the researchers connected hundreds of thousands of these neurons to a computer system. Similar to the human organism, the brain cells are networked with each other. Stimulated by electrical impulses, the mini brains learned how to correctly control the computer game Pong. They are said to have learned this faster than a comparable artificial intelligence that had been given the same task could have done. Ultimately, the AI ​​plays better.

In the experiment, the cells are placed in a nutrient solution on an array of microelectrodes. These measure the electrical signals that the cells use to communicate with each other and forward the information to a computer. The cells are supplied with new information in the opposite way, as Winfuture writes. A sort of virtual world, as Brett Kagan, principal investigator at Cortical Labs, calls it.

A human brain is more efficient

According to Kagan, the cultured brain cells could well be called “cyborg brains”. It is amazing how quickly the neurons learned. The whole thing only took a few minutes, as Kagan told the Newscientist. However, the system does not see through the game quite as quickly as a human user. However, that is no wonder. Because instead of a few hundred thousand, the human brain has around 100 billion nerve cells.