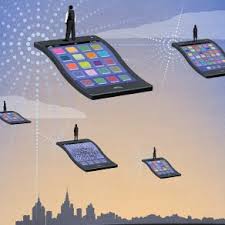 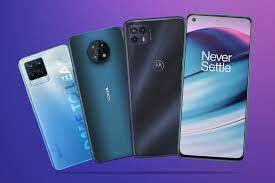 Earlier this month I pulled the trigger and bought what is arguably the cheapest 4G smartphone available anywhere.

There are other cheaper smartphones on the market (via Aliexpress), but the X1 is the only new handset to combine 3GB of RAM and a recent iteration of Google’s ubiquitous Android mobile operating system.

Africa, the next frontier?

The last thing you want to do these days is run an old version of Android with more vulnerabilities and holes than a Gruyere cheese. The X1 is a very well built handset with Android 10, four cameras, NFC, a fingerprint scanner, two years warranty and proud of the product packaging, a big “Made in Africa” ​​logo.

The second-largest continent in terms of area lagged far behind in terms of technology. To some extent, this proved to be a blessing in disguise, as a whole generation of users went straight to a mobile-first technology, free from the kind of legacy mentality common in the more technologically advanced countries, particularly the West is. Fewer landlines, a relatively small fleet of laptops and desktops, and definitely not the same reliance on traditional desktop-based user interfaces.

A blank canvas that others have previously attempted to conquer, Nicolas Negroponte ‘s OLPC XO laptop was intended to offer ubiquitous computing to Africa and other tech-hungry continents. That never materialized and instead, smartphones filled the gap.

In 2018, a young entrepreneur, Ashish Thakkar, introduced the Maraphone X1 and Z1. Based in Rwanda, Thakkar is a charismatic businessman with many quotes on his Twitter feed and a Musk-like attitude towards adversity. “China has Huawei, Xiaomi; the US has the iPhone and finally Africa has the Maraphone. This project will show the potential and capability that Africa can produce high quality and affordable smartphones in Africa, by Africans, for Africans and for the rest of the world,” Thakkar joked when the brand was launched.

However, things went wrong; The company hasn’t released a smartphone since then (unless you count the Mara S with 1GB RAM and 8GB ROM as worthy of the smartphone moniker). The X1 I bought was almost certainly one that was discounted for release, and the whole story serves as a cautionary tale for ambitious newcomers short on global clout, a near-infinite marketing budget or, in our history, China’s backing missing.

Mara, the company behind Maraphones, had factories in Rwanda and South Africa and in February 2022 news surfaced revealing that the South African manufacturing facility had closed for good. As it turns out, building smartphones is the easy part. Sell ​​them against…. Over the past decade, Chinese manufacturers have successively expanded their stronghold in the global smartphone market, and if it hadn’t been for Huawei’s fall from grace in 2020, they’d almost certainly be competing with Samsung for the top spot. The hegemony we see in the Windows world (Lenovo, Dell and HP) is reflected in the Android universe (Oppo, Xiaomi and Samsung).

The current ecosystem dichotomy between Windows and Android will remain in place, as businesses show a very strong affinity for Windows and consumers show a very strong preference for Google. Where things quickly get interesting is in software and services, where barriers to entry are almost non-existent, allowing many candidates from less developed countries to try new things.

And Africans have seen a lot of action lately; a cursory glance at my news feed is evidence of this, especially when it comes to fintech. Google’s Sundar Pichai pledged a $1 billion investment to boost African connectivity and accelerate digital transformation. Nigerian duo Tingo and Flutterwave are worth nearly $10 billion based on their most recent valuations, and a number of smaller startups have attracted significant investment, a clear indication that Africa is open to business when it comes to SaaS.

China wants a piece of the African pie

A December 2021 feature from Rest of World’s Yinka Adegoke paints a worrying picture of China’s growing technological influence in Africa. Since early 2010, its Digital Silk Road initiative has poured billions of dollars into the core infrastructure that gives China unrivaled leverage over how Africans use technology: thousands of square feet of data center real estate, miles of fiber optic cables.

Despite their pariah status in the West, ZTE and Huawei are still two of the largest infrastructure providers on the continent. Transsion, a little-known phone maker in Europe and the US, holds 50% of the total African smartphone market with three brands (itel, Infinix and Tecno) and has a market cap of $12 billion. That was probably the biggest reason why Mara didn’t succeed.

All this to say that China, the global manufacturing powerhouse, has no competitor when it comes to hardware. If you’re tackling a mature market (e.g. smartphones) where there are no differentiators – other than price – then just don’t worry as you will be overspending on marketing. If it’s an upcoming one, just follow Elon Musk’s playbook. Africa, it seems, could become a software powerhouse in the next decade, but China’s shadow will rise over its success, for better or for worse.