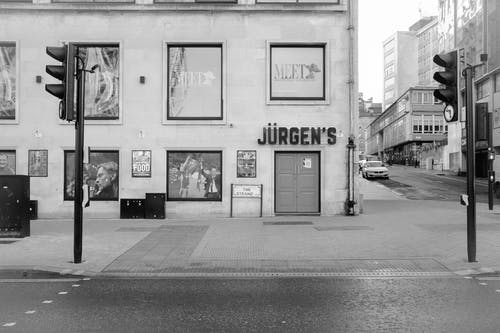 “King of Mallorca” lyricist is dead

Jürgen Drews said goodbye to the “King of Mallorca” copywriter in a Facebook post. Erich Öxler died at the age of 51.

Pop star Jürgen Drews (75) mourns the composer and songwriter Erich Öxler on his official Facebook page, who, according to media reports, died suddenly at the age of only 51. “I’m at a loss for words and I’m unspeakably sad. It’s actually much too early for you, dear Erich,” writes Drews. Öxler was a great person and he owes him his title “King of Mallorca” .

The songwriter contributed the lyrics to the 2000 cult hit Drews, which finally established his moniker in the public eye. Öxler also contributed to more than 100 well-known Ballermann and Schlager songs. He also wrote for DJ Ötzi (50), Andrea Berg (55) and Wolfgang Petry (69), among others. No details have yet been released on the exact cause of death.

Big trouble with Jürgen Drews’ wife Ramona: Because a headline was formulated misleadingly, a colleague briefly believed that the hit star had suddenly died. His loved one does not find such media reports funny at all – and openly criticizes them!

Dülmen – Because he has been one of the biggest hit stars ( here all hit news on the topic page ) in the country for decades, Jürgen Drews (76) is also regularly in the focus of the media. That’s why exciting headlines are often needed, even if the interpreter of “Ein Bett im Kornfeld” is actually quiet. However, one report read like a death notice – and caused a lot of trouble for his wife Ramona (48),

In the summer of 2021, Jürgen Drews’ buddy Felix Moese (41) could hardly believe his eyes: A headline that the co-moderator of “The King’s New Podcast” had to read at the time was: “Jürgen Drews: Sudden Death”. He himself was on the way to becoming a hit star and suddenly no longer understood the world, as he explained in the latest podcast edition.

“For heaven’s sake, what happened? We were on the phone an hour ago,” he thought at the time. When reading the article, he then noticed that the lead was worded in a misleading way – because the article was not about the king of Mallorca ( here is all the information about the hit star ), but about a deceased producer with whom the 76-year-old once worked would have.

Jürgen Drews himself can only laugh at such reports: “When I read something like that, I don’t think anything. I always just laugh about it. I sometimes take it too easy. They have to deliver lines, they’re also sitting on the fire chair. And then you have to deal with that,” he explained to his interlocutor.

The pop singer is also in excellent health at 76, but recently had to cope with a minor setback when he injured his hand in a bicycle accident . Otherwise he is doing great – his wife Ramona is still critical of such reports, as he further admitted.

“I think how that goes down. And I notice how seriously some headlines are taken by some people,” the 48-year-old criticized. Understandably, she doesn’t like the fact that ambiguous headlines even spread rumors of death about her husband.

Jürgen Drews himself can only be amazed at stories constructed in this way. As he revealed in his podcast, a few years ago the media reported on a fictitious incident that seemed particularly strange: it was claimed that the 76-year-old had undergone a butt lift. “You have to figure that out first,” he marveled at the time, stunned.

In terms of health, Jürgen Drews cannot complain, although he recently broke his hand in an unpleasant incident. Now the hit star revealed how it came about: his dogs were to blame .