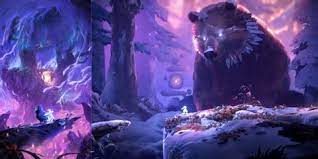 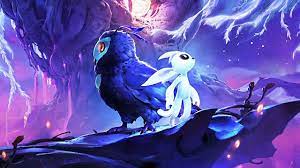 Back in 2020, Ori and the Blind Forest developer Mond Studios had announced they would be collaborating on a new title with 2K’s Private Division label – rather than continuing existing work with Microsoft on the beloved Ori series of games. Well, unfortunate new details about the company have shed new light on why Microsoft and Moon Studios have parted ways.

According to an investigative report by GamesBeat’s Dean Takahashi , several Moon Studios employees, both past and present, have spoken out about the company being an “oppressive” place to work. Many of these sources have attributed their struggles at the company to the unprofessional behavior of its founders Thomas Mahler and Gennadiy Korol – both of whom have been accused of being overly controlling and dismissive of employees. Additionally, multiple chat transcripts allegedly reveal that racist and sexist jokes were casually thrown around during online meetings with Mahler and Korol.

According to an anonymous source, Microsoft soon got wind of the situation inside the company. During the recent GamesBeat Decides podcast , the show’s hosts discussed that this is likely why Microsoft stopped working with Moon Studios after Ori and the Will of the Wisps :

It’s not like this culture is like something that’s… enclosed. Microsoft is well aware of what this company is like and when they were done with Ori 2 there was a reason Private Division released their next game and not Microsoft. I was specifically told this morning that Microsoft is aware and everyone understands that… that’s how this company is. So it’s clearly not the kind of thing where it’s like, “Oh, those are just some jokes that happen on Discord.”

According to this report, both Mahler and Korol responded to the allegations with the following statement:

“We do not believe that the experiences suggested by your questions are representative of the 80+ Moon Studios team members who succeed and do great work every day – nor do we believe that they are representative of the experiences of former members of our team. In fact, we are very proud of our history of making people happy, advancing their careers and contributing to their financial success.

We built Moon Studios with a simple premise. First, we wanted to create a distributed studio, not limited by geographic boundaries, that would allow us to attract the best talent from around the world. Second, we wanted to foster a vibrant culture where our team thrives and does the best work in our industry. And finally, from day one, we made it our goal to share the gains and rewards of our efforts with the entire team. We believe that we have succeeded.

What makes our team so strong is our global and cultural diversity – we have team members working from more than 40 different countries on four continents – and a flat studio structure that allows everyone to speak honestly and directly and to challenge each other and to bring about our very best work. We consciously set out to create a different kind of studio – one that encourages creativity, open communication, collaboration and achievement.

The result is two award-winning games – with more on the way – and a team of professionals who enjoy working together, excelling and breaking new ground in our industry, while sharing in Moon Studios’ financial success. If we are sometimes brutally direct in our criticism and challenge, we are also honest and vocal in our praise. We are incredibly proud of everything we have built and achieved together.

Finally, we understand the irony that we – an Austrian Jew and an Israeli Jew – started this multicultural enterprise. We see each other as brothers. And like brothers, we sometimes fight and tease each other. We have joked about the differences in our backgrounds at our own expense – and there may have been times when our teasing seemed insensitive and made others uncomfortable.

Moon Studios has been successful for 12 years. We have grown over the years and learned so much. We’ve had the privilege of working with many, many amazing and extremely talented people. We are truly grateful and proud of our team – those who are here today, as well as those who have spent time at Moon and have since moved to other companies – and we are pleased to have made a positive difference in their lives. We’re not perfect, but we care deeply about our talent and are always working to improve. If we’ve ever made anyone uncomfortable or let anyone down, we regret it and will always strive to do better.”