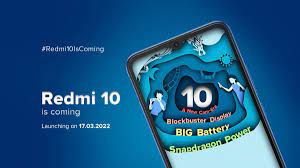 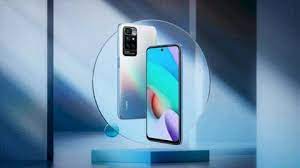 The Redmi 10 features a 6.7-inch IPS LCD display that delivers an HD+ resolution. Apart from that, the screen offers a peak brightness of 400 cd/m² and a refresh rate of 60 Hz. There is a layer of Corning Gorilla Glass 3 on the top for extra protection. Also, the screen has a waterdrop notch for the selfie camera. Under the hood of the phone is an eight-core Qualcomm Snapdragon 680 processor. In addition, it is equipped with an Adreno 610 GPU.

In addition, the Redmi 10 comes with LPDDR4X RAM and offers UFS2.2 storage. It runs on Android 11 OS with MIUI 13 on top. In the photo department, the phone houses a dual camera setup on the back. This rear-mounted camera setup features a 50-megapixel main camera and a 2-megapixel portrait lens. Up front, the phone has a 5-megapixel camera that takes selfies and allows video calls. Additionally, the phone uses a robust 6000mAh battery unit to draw its juices.