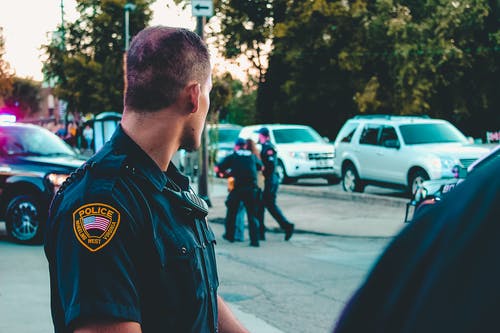 Richter murdered in his villa Police are offering a $5,000 reward for information about the perpetrators

Terrible crime in Koblenz! There, two perpetrators broke into a house where a retired judge and his wife live. While the elderly woman was able to lock herself in a bathroom, the two burglars killed her husband. Police have now offered a $5,000 reward for information leading to the arrest of the perpetrators.

The victim’s grandson describes the course of events

The heinous crime had already taken place on Sunday July 29th. “My grandparents were watching TV upstairs around 9pm. Then grandma heard noise. She ran into the stairwell with her walker – this man was standing below. She asked, ‘How did you get in here? You’re in the wrong house!’” says the grandson. Afterwards, his grandmother was able to lock herself in a bathroom. Apparently, however, her husband had decided to resist. In the bathroom, the wife heard her husband’s cries of pain when he was attacked by the perpetrators. “Grandma called her son, who immediately alerted the police. When the officers came, grandma was still in the bathroom, she didn’t dare open the door. The officers had to enter them. Grandpa was lying in the hallway covered in blood. I’m sure he wanted to protect Grandma.” grandson Daniel remembers the tragedy. “He looked terrible, was blue all over,” says his grandson, describing the condition in which his grandfather was taken to the hospital. “I could be alone with him for ten more minutes, hold his hand. He briefly opened his eyes again,” Daniel states. Unfortunately, the injuries were too severe. The retired judge succumbed to his injuries a good 28 hours after the crime.

So far it is not clear whether it is just a case of a burglary that got out of hand or a premeditated crime. After the crime, the perpetrators fled. There was no robbery in the house. Did the perpetrators lose their nerve because their victim resisted? The deceased judge had worked for a number of years at the Federal Court of Justice in Karlsruhe and was then also the presiding judge at the Koblenz Higher Regional Court. Among other things, he had also published a book entitled “The drug offenses in the case law of the Federal Court of Justice”. Since the nasty crime, Katharina Brannekämper’s life has also been destroyed. “Grandma doesn’t want to go back into the house. She can’t do that anymore,” says the grandson sadly. It remains to be hoped that the perpetrators can be found by the police.