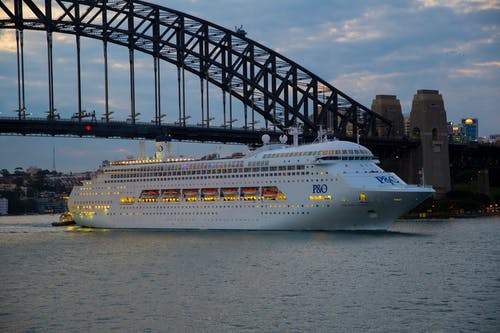 A sick toddler had to be fetched from a cruise ship that had left the port just a few hours earlier on Saturday evening and brought ashore for treatment. The sick one-year-old girl and her parents were taken to the “Hans Hackmack” and cared for.

On the Elbe, the rescue cruiser went alongside the 300-meter-long “Aidaprima”, which had left Hamburg on a cruise a few hours earlier. The sick one-year-old girl and her parents were taken to the “Hans Hackmack” and cared for.

An ambulance was already waiting on land in Cuxhaven to take the child to a clinic.

Ferry traffic to Spiekeroog will be more flexible from summer

In the future, vacationers will be able to reach the island of Spiekeroog largely independently of the tides. A new high-speed ferry was commissioned for this purpose. The travel time is then reduced by 25 minutes.

The North Sea island of Spiekeroog will be easier to reach by ferry from next summer. Then a new fast ferry is to be put into service. Your advantage: even when loaded, its draft is only around 70 centimetres. This enables ferry traffic between the mainland and the island that is almost independent of the tide.

So far, the crossing to the East Frisian island in the Lower Saxony Wadden Sea National Park with the island ferries has only been possible for a very limited period of time – around two hours after low tide and two hours after high tide. Because of the changing tides, the departure times of the liners change from day to day.

A grain freighter is in distress in the North Sea. The ship has an engine failure. A tow ship and a helicopter are on the way.

A grain freighter that got into distress with a drive failure in the stormy North Sea off Normandy was taken in tow by French rescuers. The crew of the 176-meter-long freighter “TBC Progress” made an emergency call on Saturday night, the Maritime Prefecture said.

Tow ship on the way

A tow boat and a helicopter were dispatched to the ship, which was drifting 50 kilometers offshore towards the Cape of La Hague. A severe storm with waves six meters high complicated the operation. After an attempt to repair the ship failed, a tow ship set course for Le Havre with the freighter.

Corona cases on board: Two ships are stuck in the port of Kiel Authorities have prohibited a tanker and a freighter from continuing in the port of Kiel. The reason is corona outbreaks on board the ships. Now the crews are to be replaced in part.

Two ships are currently stuck in the port of Kiel due to corona outbreaks. On board the tanker “Irene DP” and the freighter “BBC Maine” there has been at least one confirmed case of corona , the “Kieler Nachrichten” reports . The port medical service of the city of Kiel therefore prohibited the further journey.
According to the report, both ships came from the Baltic Sea and wanted to enter the Kiel Canal in Kiel-Holtenau. The Corona cases were reported. The “BBC Maine” with destination Hamburg has been stuck since November 9, according to “Kieler Nachrichten”, the “Irene DP” came on Thursday from Gdynia in Poland and had given the canal as an intermediate destination.